FOOD REVIEW: Get Stuffed with the Best Burrito 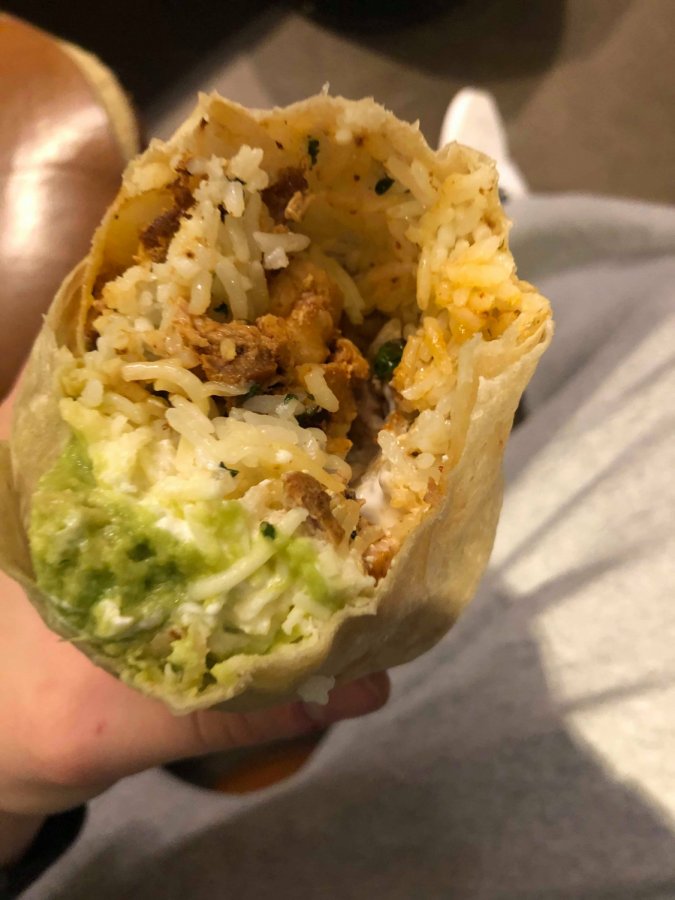 The burrito from Chipotle

I decided to go to three burrito places in the  Leominster area to find out which of them have the best burritos. I went to Chipotle, Moe’s, and Ixtapa. While the competition was close, one of them had to come out on top and one had to finish last. These  are the results.

In last place is Moe’s. Moe’s is a chain restaurant serving Mexican food like burritos, bowls, quesadillas, and tacos. Although I do place it in last place there are two things about Moe’s that beat both of the other places. They are much cheaper in price and they are the fastest when it comes to ordering and receiving your food. Moe’s offers more deals, specials, and discounts than any other place. Now while I find the guacamole to be mediocre, the chicken is cut up very small which is nice because is allows less space to be taken up in the burrito itself. All 3 places offer great food, I just find Moe’s to be the “worst” of this food. I would still have to give Moe’s a 10/10 on its convenience along with its price ranging  between $5.00 to just over $9.50.

Ixtapa in Fitchburg  is a Mexican food restaurant that offers the longest, and messiest burrito I’ve ever eaten. ate. I am not  saying this is a bad thing, just a visual observation. The first thing you’ll notice is that you will not be picking this burrito up off the plate. This will be a meal involving a fork and knife. Second is the burrito is about 12 inches long and is loaded with rice, meat, and vegetables. Unlike the other burritos you get the guacamole and sour cream on the side, not in the burrito itself. The chicken is shredded and has a slight kick to it because of the seasoning they use. Neither Moe’s nor Chipotle do anything special with their chicken which makes this burrito unique. Now, this burrito from Ixtapa is the most expensive weighing in just under $12.00 and leaving it in second place.

The winner was Chipotle. Chipotle may require a drive to get to, but it  blew away the other burritos in all categories except price. For starters, Chipotle has the best portion of guacamole. So smooth, well mixed, thick, and the perfect shade of green. Another part of the burrito that is often overlooked is the wrap itself. Is it soft? Is it too floppy or weak? Is it too moist? How about none of the above. Chipotle’s wraps are always warm and soft, but don’t stick to your teeth, and they hold together very well. The chicken is cooked in a safe manner now, thank God. For a little over $10.50 this is a filling way to get a solid meal. Just don’t drive home after eating it as this burrito will put you into a food coma.