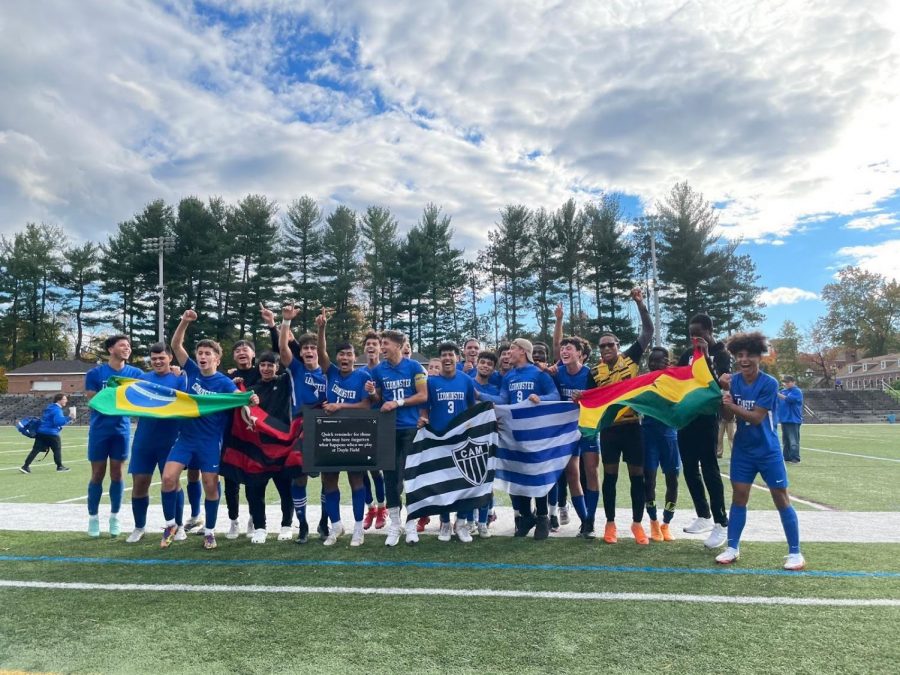 After playing a series of three games in the past week, the boys varsity soccer team went on to win the MIAA Central Mass District Finals.

LHS Junior Andy Truong, the left wingback said that the team must adapt to Alex’s and Julian’s absences. “That’s what we had to do all season. Players were missing in summer league, preseason, and regular season. Thankfully, Julian and Alex are coming back for states and we should have our full roster finally,” said Andy.  “Players had to fill in spots they have never played before like Agu [Senior Agustin Silva-Olivera] filling in for left-back.”

Junior Captain Leo Giglio said, “We’re confident in our ability as a team to win the whole thing [states], but we’re not done yet.”

Tune in and support the boys varsity soccer team at 6 p.m. Saturday, Nov. 6, 2021 at Doyle Field in their first game of the States Championship against Peabody Veterans Memorial High School.